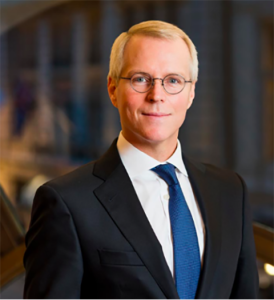 Charles Myers ’88 is the founder and chairman of Signum Global Advisors. He has over 20 years of U.S. political and electoral experience advising candidates in presidential, congressional, gubernatorial and mayoral races, including Hillary Clinton for president in 2016. He also has 25 years of experience in global financial markets.

As chairman, Charles works with financial institutions and multinational businesses to anticipate and assess policy agendas and announcements. His areas of expertise include U.S. foreign policy and the implications of the Trump presidency in the United States, Europe and Asia. Charles also forecasts global trade policy, energy dynamics and regulation within the financial, energy and technology sectors in the United States, the United Kingdom and Europe.

Formerly vice chairman of Evercore ISI, Charles was the founding partner and head of the Institutional Equities business. Before that, he served as global head of equities and board member at Fox-Pitt, Kelton.

Charles serves on the board of trustees of the Central Park Conservancy and the board of the Mayor’s Fund to Advance New York City, and previously served on the NYC Host Committee for the 2016 Democratic Convention. In addition to Charles’s Bachelor of Arts from Amherst, he earned a post-graduate Master of Philosophy degree from Cambridge University. He currently resides in New York City with his four children.

Q. Was there an “aha” or “eureka” moment at Amherst after which you knew the career you wanted to pursue? 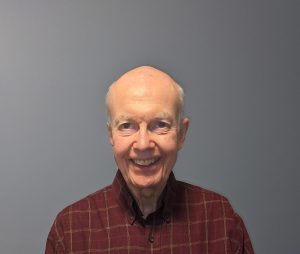 Bob Kuklis ’61 began his career as a secondary school social studies teacher from 1962 to 1968. From 1970 to 1972, Bob taught “Problems of Inquiry: Modernization in China and India” and wrote his doctoral study on “Problems of Inquiry: Social Sciences” at Amherst College, earning a doctorate of education in 1973 at Teachers College, Columbia University.

Starting in 1972, Bob served as the social studies department chairperson for nine years; led as principal of three very different high schools for nine years; served as an assistant superintendent of schools for curriculum and instruction in one district for seven years; and concluded his career teaching, consulting, mentoring, coaching, supervising student teachers and prospective administrators, and writing. With two colleagues, he authored Transforming Schools: Creating a Culture of Continuous Improvement, the Association of Supervision and Curriculum Development’s membership book for 2004. In recent years, he has come to know Amherst students interested in educational careers through visits to the College and participation in Loeb Center Education Treks to New York City and New Orleans.

A. My liberal arts education at Amherst College was essential from my first teaching experience at Pearl River High School in New York. I became involved in the Committee on the Study of History project sponsored by Amherst College and the Newberry Library in Chicago. I taught experimental units and materials developed through this project and wrote a unit, “Poverty and the Quality of American Life,” during the summer of 1969 at Amherst College. My work with the Committee on the Study of History inspired me to return to Amherst to study the Problems of Inquiry II program at the College. My career since then, as a teacher and curriculum leader, has been grounded in the principle that powerful learning and teaching occur through asking questions and pursuing answers that require deep study involving different disciplines and perspectives. In my retirement today, I read expansively, seeking knowledge and ideas through a variety of sources. 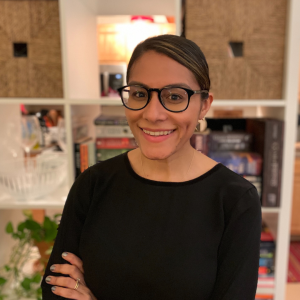 Christina Nieves ’10 is a community research and evaluation specialist at the Center for Health Equity and Community Wellness in the New York City Department of Health and Mental Hygiene. As a public health researcher, she conducts program evaluation and research on place-based approaches to reducing health inequities in East and Central Harlem.

During the COVID-19 pandemic, Christina has worked to apply a health equity framework to the city’s pandemic response. In addition to her work, she is a doctoral candidate in epidemiology at CUNY Graduate School of Public Health and Health Policy. Her research focuses on the roles of social identities and neighborhood characteristics on health outcomes. She also serves as a guest lecturer in public health to medical students at the Icahn School of Medicine at Mount Sinai

A. After completing my master’s degree, I interviewed for a job at a health informatics company as a data analyst in Boston. At the time, a lot of my peers were starting doctoral programs, so I was feeling pressure to find a job to justify my choice of not following in their paths. I didn’t get the job, and I was really upset about it. Looking back, that job was a terrible fit for my interests and passions. After this rejection, I focused my efforts on moving back to NYC and getting a job that was a strong fit for what I was looking for. I ended up at the NYC health department and have been there ever since. 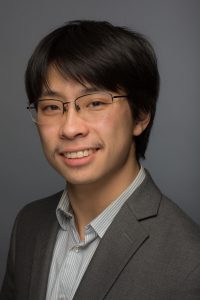 Jeremy Koo ’12 is an associate on the Distributed Energy Resources and Electrification team at the Cadmus Group, an international consulting firm dedicated to advancing social good. He works closely with utilities and state and local governments to develop and implement strategies, policies and programs to reduce energy usage and emissions and transition fossil fuel assets to renewable energy.

Jeremy has developed policy frameworks and market development strategies for reducing emissions from heating for the states of New York and Rhode Island, and he has provided strategic, analytical and technical assistance to dozens of municipal governments, including the cities of Boston; New York; San Francisco; and Washington, D.C. He has also conducted market analyses on behalf of major utilities, including National Grid, Southern California Edison and Sacramento Municipal Utility District, as well as international agencies, such as the United Nations Development and Environment Programmes and the International Energy Agency.

Jeremy has nine years of experience working in renewable energy-related fields. Prior to joining Cadmus, he was a program coordinator at the Northeast Sustainable Energy Association, where he supported conference development for building practitioners and oversaw the development of a triple-bottom-line strategic management program for green businesses.

Q. Was there an “aha” or “eureka” moment at Amherst after which you knew the career you wanted to pursue?

A. Coming out of Amherst, I spent a year as a graduate assistant for the music department and as the assistant director of the Amherst Choral Society and was considering going to graduate school to be a conductor. Near the end of the one-year contract, it was increasingly difficult to ignore the dire news about the state of climate change. I felt I needed to do more with the environmental studies component of my degree and began looking for opportunities within the energy and sustainability space. 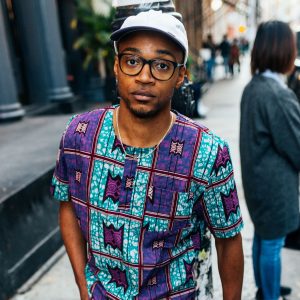 Khalil Flemming ’16 is a music industry professional living in Brooklyn, NY. He spent the last five years at United Talent Agency, specializing in touring and brand partnership. In addition to early experiences in film and TV production, he has built a freelance career managing artists, writing and producing records, and consulting with small brands.

In summer 2021, Khalil launched All My Friends, a creative agency that develops musicians and books shows. Outside of work, Khalil is a big fan of sports – the NFL, NBA and F1 – reading about culture and fashion, longboarding and playing and watching video games. Lately, he has been going back to concerts, learning more about Web3 and working on an album with friends.

A. The most notable example is the rejection that led me to drop my economics major–not out of disappointment or spite, but as a decision to focus on entertainment for my senior year. After my junior year, I interviewed for a sales and trading internship at one of the major banks. The previous summers, I had done television-related internships, but we all believed it was best to get my foot in at a bank. After a referral and a Super Day with three executives, I got the news that the result was no, and it came down to one of the senior people who interviewed me. She told my connection that it was clear from talking to me that my real passion was for the arts, and even though I could do the work, it wouldn’t make sense to have me commit to finance. Hearing that–as well as the fact that I did not have the job at the big bank–was enough for me to put my head down and focus on landing where I really should be upon graduating. In the end, it was the stage manager for my senior directing thesis who ended up finding me a way into United Talent Agency, where I started the day after graduation.

Anne Bauer ’01 is a director of data science at The New York Times. She leads the algorithmic targeting team, a cross-functional team that develops, deploys and tests machine learning models to promote subscription and retention. Previously, she led the algorithmic recommendations team, an applied machine learning team focused on content recommendations across the NYT‘s products. As part of the data science group, she builds models and data products to interpret and act on the company’s data, working with various other groups, including marketing, print circulation and the newsroom.

Before becoming a data scientist, Anne was an astrophysics and cosmology postdoctoral fellow in Barcelona and Munich. She received her doctorate in physics from Yale, and her bachelor of arts degree in physics and computer science from Amherst College.

A. Success in my job depends on listening to people with different expertise, reframing their business objectives as machine learning tasks, and coordinating how we might integrate our data science models and products into their ways of working. This relies heavily on the critical thinking and communication skills that were a focus in many of my classes at Amherst.