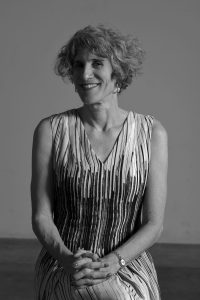 Dr. Alexandra Juhasz ’86 is Distinguished Professor of Film at Brooklyn College, CUNY. She is a core faculty member in the Interactive Technology and Pedagogy Certificate Program at the CUNY Graduate Center.

She has a Ph.D. in Cinema Studies from NYU (1991) and attended the Whitney Independent Studio program as a videomaker (1988).

Dr. Juhasz writes about and makes feminist, queer, fake, and AIDS documentary. Her current work is on online feminist pedagogy, YouTube, and other more radical uses of digital media and their archives. Her work as media artist, curator, and writer engages with linked social justice commitments, including COVID-19, AIDS, black queer and lesbian media, feminist and queer/trans film, and activist archives and collectives. She publishes about her cultural and political commitments in scholarly and more public platforms including Hyperallergic, BOMB, MS, X-tra, and Lamda Literary Review.

Q. What impact do you hope to have through your career?

A. Expanded knowledge, personal growth, and linked social justice for students, myself, and broader
communities in which I engage; the pleasure of knowledge production and sharing. 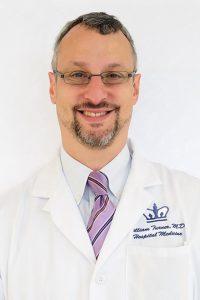 Will Turner ’94 is a practicing hospitalist and Associate Professor of Medicine at Columbia University Irving Medical Center in New York City. Born and raised in Brooklyn, he completed his undergraduate studies in Black Studies and Biology at Amherst College and received his medical degree from Mount Sinai Medical School in New York City. After completing his residency and chief residency in internal medicine at NYP/Columbia in 2002 Dr. Turner joined the faculty of Columbia University’s Vagelos School of Physicians and Surgeons where he is an Assistant Dean for Student Affairs and Faculty Advisor for the Black and Latino Student Organization (BALSO) and has clinical and research interests in medical education and diversity in medicine.

Q. What impact do you hope to have through your career?

A. Taking care of and serving patients every day on the front lines of an otherwise underserved and vulnerable
neighborhood, has been incredibly exhilarating and a true honor to for me, and I hope to continue this for
decades to come. After patient care, my passion is to educate, mentor, and recruit medical students,
particularly from groups historically underrepresented in medicine. One thing that Amherst really taught me
well is that we truly stand on the shoulders of giants and I think of Drs. Charles Drew and Montague Cobb
among others every and it helps to center me and contextualize how I can still have an impact. 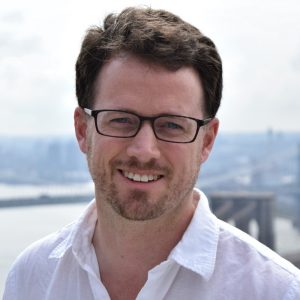 Scott MacMillan ’96 works as Director of Learning and Innovation for BRAC USA, where he manages BRAC USA’s portfolio of research grants along with other special projects.

As a writer and former journalist, his work has taken him to over 50 countries. He covered the transition from communism as a business journalist in central and Eastern Europe in the 1990s, then worked as an editor and freelance writer in the Middle East in the 2000s. His stint as a travel writer took him to Southeast
Asia, China, India, and Africa. He joined BRAC USA in 2011.

Scott earned a Bachelor of Arts in English from Amherst College. His work has been published in Slate, The Boston Globe, and The Chicago Tribune. His is the author of a forthcoming biography of BRAC’s founder, Sir Fazle Hasan Abed. 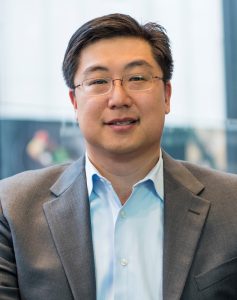 Newton Juhng ’96 is a portfolio manager and head of healthcare at A-CAP Management based in New York, NY.  He is focused on private credit investments for both private equity-backed leveraged finance transactions and direct lending to healthcare companies.

A graduate of Amherst College, where he earned a B.A. in psychology, Mr. Juhng also completed graduate-level coursework at Georgetown University in human physiology and biophysics. Additionally, he spent three years as a research fellow at the National Institutes of Health in Bethesda, Maryland, where he conducted basic science and clinical research in epilepsy, multiple sclerosis, and other neuroimmunology disorders.

A. My original intent was to go be a physician and I completed most of the pre-med classes at Amherst. It
wasn’t until after my three years of research at the NIH and a year into graduate school that I realized that I
didn’t want to pursue that type of a career in medicine. However, my interest in healthcare remained and I
parlayed my science background into a job as an associate in Equity Research on Wall Street analyzing
healthcare companies. After a decade, I went into corporate lending and determining which companies to
finance and help grow. 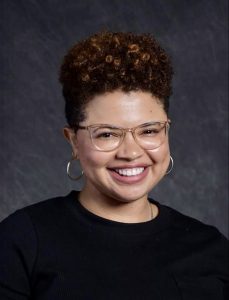 Ashley will be defending her dissertation – “The National Council of Negro Women has been there even when our story has not been told…” The NCNW and the Creation of an International Black Women’s Civil Rights Movement, 1935-1975, this fall and developing the project as a book.

Her research and scholarly interests include curriculum and exhibit design, 19th and 20th century African
American History, Black women’s studies, Black popular music and culture and the cultural productions of
the African diaspora.

Along, with her academic pursuits Ashley has launched a wine brand with her fiancé Randy James, called
the A Line Wine, in homage to the shared first initials with her siblings and the unique histories of Black New
York City.

A. I was a finalist for a very high profile position and though ultimately I did not get the job I learned many
powerful lessons: 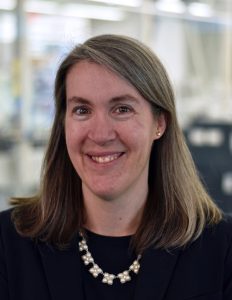 Sue Swalley ’93 is a Vice President at Dewpoint Therapeutics overseeing high throughput screening, in vitro pharmacology and target deconvolution. Trained as a chemist, her current research focuses on discovering small molecules that modulate the function of biomolecular condensates in order to treat diseases with high unmet medical need. Prior to Dewpoint, she led a chemical biology laboratory at Biogen as Principal Scientist, developing and applying methodologies for target deconvolution of small molecule hits from phenotypic screens. Her earlier roles included positions of Senior Investigator at the Novartis Institutes for Biomedical Research where she identified and validated targets using biophysical approaches, and Research Scientist at Vertex Pharmaceuticals where she contributed to the evaluation and screening of new targets.

A. I regularly apply the critical thinking skills developed at Amherst. Science at Amherst isn’t focused on memorizing a bunch of facts, but rather focuses on how to solve problems, which I do on a daily basis.